Michael Tanner of the CATO Institute places these entitlements in perspective

One problem with living in times as interesting as these is that important news often gets lost amid the swirl of rapidly changing events. If you blinked last week, you may have missed the latest report from the trustees of the Social Security and Medicare systems. But for the sake of our children and grandchildren, not to mention the country’s economic future, America’s looming entitlements crisis is worth paying attention to.

Start with Social Security. This year, the system’s trustees pegged its official “insolvency” date at 2034, the same as in last year’s report. Unfortunately for those under age 51, of course, we are now a year closer to that date than we were a year ago. And unless something changes dramatically between now and then, current law will require benefits to be slashed by 21 percent at that point.

But focusing on that top-line number badly understates Social Security’s real problems. Since 2009, Social Security has taken in less in taxes than it pays out in benefits. It has been using “attributed” interest to maintain a positive balance. But this year, benefits exceeded both taxes and interest, meaning that Social Security had to dip into the principal of the Social Security Trust Fund for the first time.

Of course, all of this is merely a bookkeeping fiction. The Social Security Trust Fund is not — and never has been — an asset that can be used to pay benefits. Instead, it is an accounting measure of how much money Social Security can draw from general revenues. Since the government doesn’t have any extra cash socked away — you may have noticed that we are running a $21 trillion debt — any Social Security shortfall only adds to the growing tide of red ink.

Overall, the trustees report that Social Security’s total unfunded liabilities now exceed $37 trillion, on a discounted-present-value basis over the infinite horizon. . . Medicare is in even worse shape. . .

The report also makes clear that there can be no long-term reduction in the national debt without addressing these massive entitlement programs. Social Security now costs nearly $1 trillion per year, and Medicare more than $700 billion. Those two programs alone account for some 40 percent of all federal spending. Congress can and should slash away at discretionary spending all it wants, but without entitlement reform, the debt will continue to grow.

It is long past time to face facts: We have lied to our kids. Social Security and Medicare cannot pay for all the future benefits that we have promised them — and until we admit that, we’ll continue down the road to national fiscal ruin. 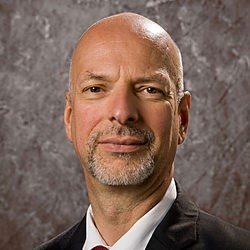 Michael Tanner [1] is a senior fellow at the Cato Institute and the author of
Going for Broke: Deficits, Debt, and the Entitlement Crisis [3].