The fight for life is not about my faith, or even yours.
Yes, my faith fully supports the right to life, and I know that yours does too.

You see, this is literally a fight for Civilization. And our state of California is the deepest, darkest, most desperate corner in this fight. “Scientifically advanced” barbarian philosophies control our state. Such evil ideologies have tried to control Civilization before. These philosophies embodied and praised truly evil practices twisting both science and medicine to their purpose.

The only way to defeat them is to resist; to use all lawful and appropriate resources to resist such evil. [1]

For three thousand years the medical profession has been one of the most highly regarded of all positions in our society. Since the Hippocratic Oath, physicians have sworn to never harm their patients. In fact, the Oath explicitly stated, “I will give NO deadly medicine, even if asked. And in like manner I will not give a woman a pessary to cause abortion.”   Ancient doctors knew that a human is alive in the womb.

They knew the power and knowledge entrusted to them should not be taken lightly; or used against a person’s life. They swore that they wouldn’t.

Let me be frank – our nation has come to accept the routine dismemberment of human children. [1] Doctors, M.D.’s, now routinely violate their oath to ‘Do no harm’ and now routinely dismember these vibrant, living children. This was allowed by 1973’s Roe v. Wade decision. But of all states, California is by far the greatest perpetrator.

Now in California you need not even be a physician to do these human abortions. Now in California the child’s organs are being sold – individually, and the overseeing abortionist will adjust the method of dismemberment according to the organs the buyer desires.

Today in California we have even gone beyond that… Medicine, and the law – the principle purpose of which is to protect the vulnerable – both medicine and the law have turned on the seriously ill and depressed. Physicians are now using medicine to intentionally kill these patients. They do not die of an underlying illness. That illness is not what they are treating. And the various obvious depression they face is not being treated. They are being poisoned in the name of ‘compassion.’

Can things get worse? Oh yes. In Canada, with socialized medicine and where assisted suicide was just legalized last year, The National Post of Canada (Mar 20, 2017) reports a new medical practice has quickly sprung up. The same doctor who kills immediately begins harvesting the organs of the suicidal individual! Only at the very end of the article does it raise the question. ‘What if someone volunteers to both be killed in this ‘suicide by medicine’ and donate their organs, but then change their mind about being killed? What kind of social pressure will they feel to go through with it?  Indeed.

But there is still hope for that medical profession.  In Canada, that same paper reported that some doctors, once they started killing vulnerable patients, could not face the ongoing participation in killing. “Take me off the List of Killing Doctors.”  But these are doctors with a conscience. They had thought the reasoning – ‘compassion’ -sounded good, but they had become legalized killers. The deep, ‘essential truths of life’ still called out to their conscience and those truths still call out to us.

You and I are the ones in California [1] that must remind our culture of the essential, self-evident truths: “that all are created equal; endowed by their Creator with certain inalienable rights” which it is the duty of a just government to protect. And the first and most essential right – is the right to Life.

Nationally, our sister affiliates are able to pass laws against dismemberment abortion. Governors and judges are taking a stand for life.  The U.S. Supreme Court is coming our way. President Trump is standing firm on behalf of Life!

In Sacramento, we are facing an incredible onslaught from an oppressive and condescending philosophy of death. We face the madness of a legislative super-majority that has abandoned Civilization’s core issues… and want to impose on you new laws.  We will not be silent in the face of this madness.
These are indeed dark days in California, but we have hope.

Our chapters and volunteers are like an ‘underground’ team of educators– cultural warriors – preparing for the opportunity to have the bright warm light of self-evident truths guide our laws and cultural values once again. [1]

It is we who must be resolute. And we are.
The truth cannot long be hidden. The facts cannot long be dismissed. We stand for vulnerable human beings about to be killed.  We can do nothing less.

“Hold back those being drawn toward death. Do not say you don’t see it happening. He who weighs all hearts knows that you know, and all you shall be held accountable.” -PR 24:11

We continue to stand for objective facts, self-evident truths. Each innocent life is unique. Each was once protected by law. Old, young; we live to uphold their right to live. That is at the core of Western Civilization.

During those VERY Dark days of 1940 Churchill said this as well, and his words resonate in my ears:

“We have before us an ordeal of the most grievous kind. We have before us many, many long months of struggle and of suffering. You ask, what is our policy? I can say: It is to wage war, by sea, land and air, with all our might and with all the strength that God can give us; to wage war against a monstrous tyranny, never surpassed in the dark, lamentable catalogue of human crime. That is our policy. You ask, what is our aim? I can answer in one word: It is victory, victory at all costs, victory in spite of all terror, victory, however long and hard the road may be; for without victory, there is no survival. Let that be realized; no survival for the British Empire, no survival for all that the British Empire has stood for, no survival for the urge and impulse of the ages.”… (He speaks of course, of the aspiration of mankind itself)

“I feel sure that our cause will not be suffered to fail among men. At this time, I feel entitled to claim the aid of all, and I say, “come then, let us go forward together with our united strength.”

We are in a not dissimilar situation. Great evil is pushing itself upon us and our culture. Please continue in your stand with us.

If you receive our other email alerts you know the many projects we are working to immediately address and rebuke the culture of DEATH here in this amazing state.

Please click here to help us as we join in our part with the national movement of our Right to life affiliates in Washington DC and in each state [1].

Let us go forward together!

P.S. Churchill knew that the hope for civilized values and Civilization’s enduring legacy lay to the West, and in the values so clearly re-iterated by our nation’s Founders.    On April 9, 1963, an act of Congress gave him his cherished title, “Honorary American Citizen”.

Let us prove worthy of that title which we so lightly share, and that he so deeply longed for.   Stand for Life! [2] 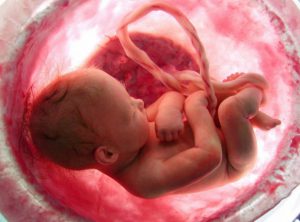 Abortion is just a euphemistic term for killing the preborn you see above, even if partially born.